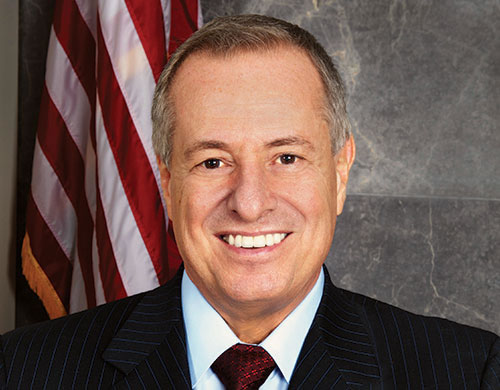 LOS ANGELES — September 20, 2007 — Gary M. Paul, a partner at Waters & Kraus, LLP, was elected treasurer of the American Association for Justice (AAJ) at the organization’s annual conference in July.

AAJ is dedicated to preserving the civil justice system to ensure that powerful special interests are held accountable when they engage in misconduct or negligence. Paul will serve as the organization’s treasurer for 2007-2008. He previously served as parliamentarian. He is another step closer to being president of the association.

Paul is a nationally respected plaintiff’s attorney who has successfully litigated cases ranging from products liability to labor law. Over the last 30 years, he has participated in more than 100 jury trials. Mr. Paul joined WK in the spring of 2006 to focus his talent and experience in the area of mesothelioma asbestos cases. In the last 18 months, he has represented WK clients in two of the largest-ever plaintiff’s asbestos verdicts in Los Angeles County: Silvestro v. Bondex International et. al., and Behshid v. Bondex International, et. al.

WK founding partner Peter Kraus expressed appreciation for Paul’s willingness to serve. Kraus remarked, “Gary’s involvement both in and outside of the courtroom reflects his deep personal belief in the work we do and the people we represent. His AAJ election is just one of many milestones that demonstrate his unwavering commitment to service.”

WK co-founding partner Andy Waters agreed. “Gary is an exceptional individual and gifted attorney. We are proud of the work he does for our clients and the legal community at large.”

Gary Paul is a partner with Water & Kraus, LLP, in the firm’s Los Angeles office. He has more than three decades of trial experience in complex civil matters. He has represented plaintiffs in more than 100 jury trials, including cases involving consumer and medical product liability, medical and professional malpractice, commercial and insurance litigation, and employment and labor law.

Paul earned a B.S. degree from Arizona State University in Tempe, Arizona, and his M.S. degree from UCLA. Prior to beginning his law career in 1975, Paul was a missile and space engineer. He worked in electronic design and systems engineering for a number of prominent aerospace organizations, including the Jet Propulsion Laboratory. His work involved the design of spacecraft that both orbited and landed on Mars.

Paul earned his Juris Doctor degree from Loyola University in Los Angeles in 1974. He was admitted to the State Bar of California the same year. He is co-author of California Tort Practice Guide, a five-volume law treatise published by Clark Boardman Callaghan. He is also a frequent presenter at legal symposia and continuing legal education seminars.

Paul is a long-time member of Consumer Attorneys of California (CAOC), and the Consumer Attorneys Association of Los Angeles (CAALA). He has served on the Board of Governors, and as president. Since 2001, he has been a board member for the Pound Civil Justice Institute, a think-tank of trial attorneys who help strengthen the practice of trial law through educational programs, publications and research grants. The Institute works to present judges, academics and others with a balanced view of the U.S. civil justice system. Paul is also a member of the State Bar of California, the International Academy of Trial Lawyers, and the American Board of Trial Advocates. He serves as treasurer of the American Association for Justice, and is a former AAJ parliamentarian. He has been recognized many times for outstanding service to the legal profession and his community by the CAALA and CAOC, including being selected as Trial Lawyer of the Year by CAALA. He has been recognized as a Southern California Super Lawyer in 2005, 2006 and 2007.

Waters & Kraus, LLP, is a plaintiffs’ firm concentrating on complex product liability and personal injury/wrongful death cases. The firm’s diverse practice includes toxic tort litigation, pharmaceutical product liability, malpractice and negligence, and consumer product liability, as well as qui tam (whistle-blower), employment and labor, insurance and commercial litigation. With offices in California, Texas and Maryland, Waters & Kraus has litigated cases in jurisdictions across the United States on behalf of individuals from all 50 states, as well as foreign governments.

About American Association for Justice

With about 52,000 members worldwide, AAJ promotes justice and fairness for injured persons, defends the constitutional right to trial by jury, and strengthens the civil justice system through education and disclosure of information critical to public health and safety. The association provides lawyers with information and professional assistance to serve clients successfully and protect the democratic values of the civil justice system.