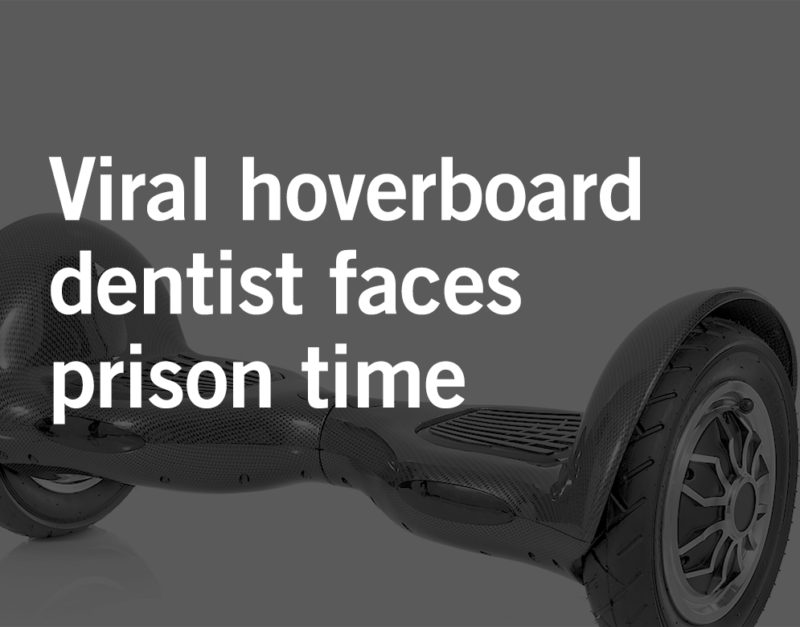 In addition to his fraudulent Medicaid billing for over-use of sedation, Lookhart gained notice for a viral video that showed him performing dentistry on a patient while riding a hoverboard, for which he has also been charged with reckless endangerment.

Charges against the Anchorage dentist were filed in 2017 after a former employee told investigators that Lookhart was increasing profits for the business by performing unnecessary sedation on his patients.

The whistleblower lawsuit has shed light on the fraudulent business practices of the dentist, and uncovered more than $2 million that was unnecessarily billed — accounting for nearly one third of all Medicaid billing for dental sedation in Alaska in 2016.

Lookhart was scheduled to start serving his sentence on December 7, for a total of 20 years.

See the original article below.

Victim testifies she was “livid” Anchorage dentist pulled her tooth while on hoverboard.