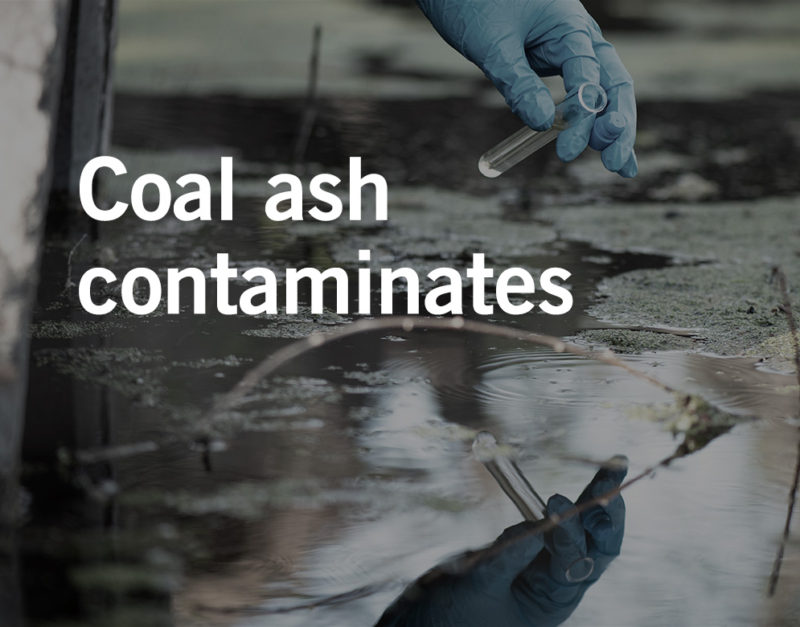 An hour south of San Antonio lies the most contaminated groundwater in Texas, according to a report issued by the Environmental Integrity Project (EIP). The discovery was made when the operator of a coal-fired plant – under the 2015 federal coal ash rule – was forced to release its pollution data. While the federal rule implemented by former President Obama’s U.S. Environmental Protection Agency (EPA) targeted waste ponds used to dispose of ash left over from coal plant operations, the current administration’s coal-friendly EPA has failed to continue taking such measures.

Because most ponds in Texas and the United States, as a whole, are not lined with barriers, pollutants from coal plant waste ponds easily leak into groundwater, and possibly aquifers that can later contaminate drinking water. According to the EIP report, the ash expelled from the plant contains arsenic and neurotoxins such as lead and mercury, substances known to cause birth defects and other impairments in children. Despite its far-reaching authority on environmental health matters, the EPA has rolled back on many issues, including coal-ash regulations – regulations that might mean the difference between a healthy child and a lifetime of developmental and physiological challenges.

In February 2020, the EPA announced a proposal that would ease regulations for the liners that coat the bottom of coal ash pits and stop toxic substances from leaking into groundwater. EPA Administrator Andrew Wheeler defended these changes stating that they will “provide the flexibility owners and operators need to determine the most appropriate way to manage [coal ash].”

Considering that coal plants are the number one source of toxic pollution in the nation’s waterways, environmentalists have responded, saying that these changes would only weaken the environmental protection the EPA is tasked with providing. Lisa Evans, senior attorney for EarthJustice, said in a statement that the new proposal is a “gift to the coal utility industry” while an endangerment to “the health of people around the country and the environment.” Much like the severely contaminated groundwater at the facility near San Antonio, “coal ash has contaminated groundwater at nearly every power plant site in the country,” Evans added.

According to the EPA, an estimated 140 million tons of coal ash are generated annually, making it the second largest industrial waste stream in the country, only after mine waste. The prevalence of coal ash in groundwater poses a severe threat to those who live near unlined ponds. Exposure can occur in a number of ways, including skin absorption, inhalation, or consumption of contaminated drinking water. The risks of impairment vary, but a generally well-agreed upon consequence of exposure to coal ash is birth defects in unborn children.

When a pregnant woman is exposed to soil, groundwater, or air contaminated by coal ash, the neurotoxins can harm her developing baby and cause cognitive deficits, developmental delays, or behavioral problems. Sometimes the birth defects can be so severe that the baby is stillborn or survives for only a short period of time. Some of the birth defects linked to coal ash exposure include:

If you or a loved one think they have been exposed to a substance known to cause birth defects, speaking to a birth defect lawyer can help recover damages for those who have been harmed. At Waters Kraus & Paul, our attorneys work with highly qualified scientific and medical professionals to determine if a child’s injury is related to a parents’ exposure to harmful coal ash. Together, we can affect change by improving industry standards and procedures.

How We Help Victims of Coal Ash Exposure

Seek justice with the help of our experienced birth defect lawyers. Our Dallas, Texas, coal ash law firm has battled corporate giants on behalf of individuals like you for 20 years, aggressively fighting to hold them responsible for dangerous chemicals and the birth defects and personal injuries they cause. If you have a child with birth defects caused by coal ash or dangerous products, we can help.