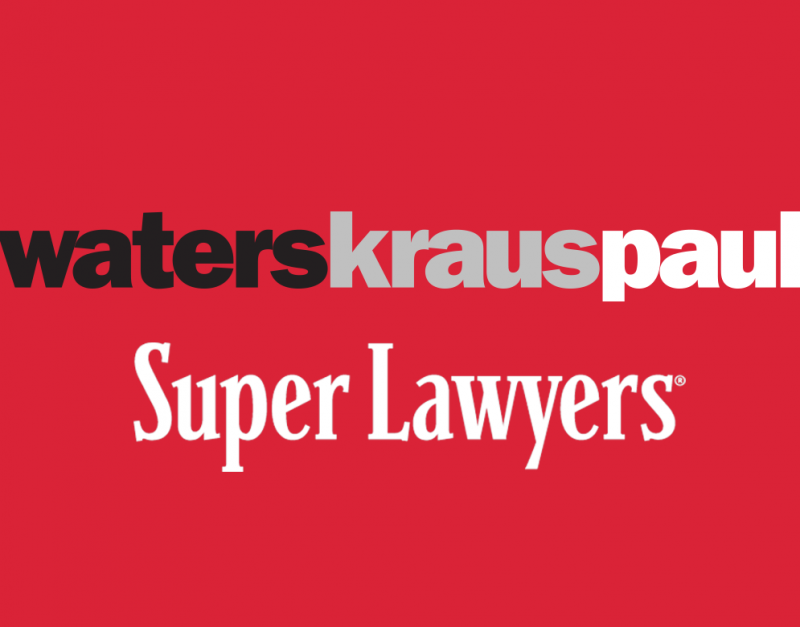 Waters Kraus & Paul partners Gary Paul, Michael Armitage, and Scott Frost are featured on the 2017 Southern California Super Lawyers list published in the February issue of Southern California Super Lawyers magazine by Thomson Reuters. The list also appears in the February issues of Los Angeles magazine and Orange Coast magazine. These Waters Kraus & Paul attorneys have been recognized for persistent excellence in the practice of law, and year over year distinguishing themselves anew in the legal community.

Super Lawyers selections are made each year on a state-by-state basis. The honorees are identified through a rigorous process, which includes peer input as well as each lawyer’s individual professional achievements. The culmination is then grouped by practice area. In this instance, the practice area that Mr. Paul, Mr. Armitage, and Mr. Frost have each been recognized for on the Southern California Super Lawyers list is the practice of representing plaintiffs in personal injury cases. No more than five percent of attorneys in the state of California are honored each year.

“I am very pleased for my colleagues,” said Peter Kraus, one of Waters Kraus & Paul’s founding partners. “They continue to set the standard for the practice of law in California and across the county, and our peers recognize it.”

Gary Paul, a native of Ohio and former rocket scientist, has more than three decades as a trial lawyer in complex civil matters. While he focuses on personal injury, defective products, and toxic tort cases, he has a special interest in helping victims of asbestos exposure. Mr. Paul has been included on the Southern California Super Lawyers list annually since 2005. He received the Leonard Ring Award in 2016, and is a two-time Consumer Attorneys Association of Los Angeles Trial Lawyer of the Year recipient.

Michael Armitage  is a seasoned trial lawyer whose practice includes asbestos-related cancer cases and qui tam whistleblower lawsuits. Mike’s work has resulted in some of the firm’s most notable verdicts and settlements. He also serves as a liaison counsel on Bench-Bar Committees for both asbestos and complex litigation issues before the Los Angeles County Superior Court. Mr. Armitage has been included on the Southern California Super Lawyers list annually since 2006.

Scott Frost is an experienced litigator who focuses his practice on trying benzene exposure, medical device injury, and asbestos exposure cases. Scott is accredited by the Department of Veterans Affairs to assist U.S. military veterans in filing for VA benefits. He also formerly served with the Judge Advocate General’s Corps of the U.S. Army. Mr. Frost was first recognized on the Texas Super Lawyers, Rising Stars list in 2005 and has been included on the Southern California Super Lawyers list for the past four years.

All three of the recognized Waters Kraus & Paul partners are part of the firm’s West Coast practice and work in the firm’s Los Angeles office. Learn more about our award winning lawyers and our law practice or call us at 800-226-9880.