Silence Regarding Toxic Pesticides Is Concerning, But Not Surprising 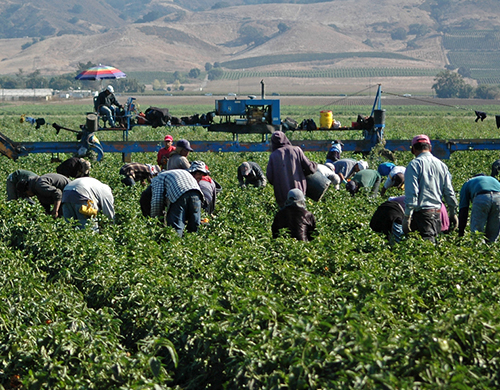 First, the tobacco industry assured consumers that cigarettes were safe. Then, corporations were adamant about the “fact” that exposure to asbestos was a nonissue.  In both instances, the most common industry response to the scientific community’s concerns with the health risks posed by these products was the false claim that there simply was “not enough information” to conclude that their products were dangerous.  Sadly, history is repeating itself once again – this time it’s pesticides.

Today, powerful agricultural corporations such as Monsanto are following a similar playbook in response to the growing backlash against popular products like Roundup.  Recently, the International Agency for Research on Cancer (IARC) came to the same conclusion that the World Health Organization (WHO) had previously reached regarding Roundup and similar pesticides. Namely, that said products are anything but safe. The active ingredient in Roundup is called “glyphosate,” which both WHO and IARC have determined to be carcinogenetic. While years of testing have strongly suggested that glyphosate was likely to cause cancer, more recent tests show that glyphosate might actually be more dangerous than scientists originally thought. What’s more, the chemicals within Roundup have also been linked to childhood birth defects; ADHD; Autism, Alzheimer’s disease; non-Hodgkin lymphoma; Lou Gehrig’s Disease (ALS), Depression, Multiple Sclerosis; gluten intolerance; and many other health issues.

Many parents are voicing their concerns about a steady increase in childhood birth defects, ADHD, Autism, and other issues that commonly affect children.  There is clearly merit to those concerns as America has increased its use of Roundup and similar harmful products. Currently, Americans apply 100,000,000 pounds of Roundup annually, and its ever increasing popularity continues despite the fact that multiple tests found glyphosate in the blood of casual consumers who use Roundup for their home gardens only 30 minutes after application.

While everyday consumers who use Roundup have genuine reasons to be concerned about issues such as childhood birth defects and the like, parents who work as farmhands and pickers are particularly at risk. Roundup is very effective at killing weeds, but also any other plants that it comes into contact with. Accordingly, Monsanto developed a series of genetically modified crops (commonly referred to as GMOs- genetically modified organisms), which are resistant to glyphosate. Not surprisingly, with more Roundup-resistant crops available, farmer-owners have increased their use of Roundup. Furthermore, the prevalence of Roundup-resistant crops and the millions of dollars that companies like Monsanto have used on advertisements have convinced much of the public that Roundup is safe. Thus, farmer-owners have become even less concerned with taking the necessary precautions to protect their farmhands and pickers to from exposure to Roundup and similar toxic products. In practice, this means that farmhands and pickers are often in nearby fields when pesticides like Roundup are being applied, and sometimes eat fruits that may still be covered in residue from recent sprays.

Those who buy their groceries from markets are also affected, as the powerful agricultural lobby has convinced the EPA to significantly increase the legal residue limits for glyphosate over the last few years alone. Then, pesticide companies point to these EPA regulations, which they helped create, to support their claims regarding product safety.  Shockingly, unlike pharmaceutical ads which are required to include safety warnings (albeit in small print or at speeds that are often too fast to hear) about the countless side effects their products might cause, the, EPA has failed to impose similar requirements on the agricultural industry.

Are You Concerned About Pesticide Exposure?

Ultimately, nearly every non-industry funded study has determined that glyphosate causes cancer, neurological defects, childhood birth defects, and countless other harmful outcomes.  If you are a farmworker whose child might have been affected by pesticide exposure, please contact us. Waters Kraus & Paul offers an experienced team of dedicated and compassionate attorneys who will do everything they can to hold the corporations responsible. Please click here for more information.  Or contact us by phone at 800-226-9880.