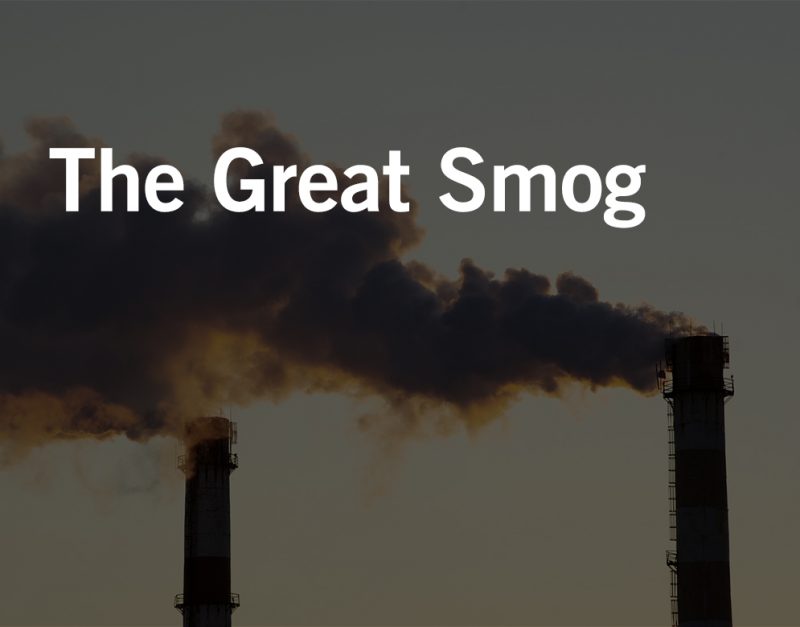 On the morning of Oct. 27, 1948, residents of Donora, Pa., awoke to an ominous blanket of smog covering the sky. The American Steel & Wire Co. and Donora Zinc Works — the town’s largest mills —  were to blame for the toxic emissions that became deadly when mixed with a temperature inversion. As a result of the toxic smog that lasted five full days, 20 people were left dead and thousands of residents became ill.

As we continue to fight against air pollution and its deadly effects, The Great Smog of Donora serves as a prime example of the importance of regulating corporations—and of holding them responsible for using dangerous minerals and chemicals. Asbestos, benzene, and pesticides are air pollutants that are continually produced and sold by corporations and industries, despite the harmful effects they have on our families.

Seeking justice in court may be the only way to strengthen protection laws and hold companies responsible. No one should suffer from preventable injuries, and we passionately fight for families challenged by cancer and birth defects resulting from toxic exposure.

The experienced attorneys at Waters Kraus & Paul are tirelessly standing up to corporations that put profits ahead of the safety of our clients, and have done so for more than 20 years. Contact us now to find out how we can help you hold negligent corporations responsible for the injuries they have caused you.