Manipulating coding to bill at a higher level than appropriate.

The coded, computerized bills from the providers are submitted to large insurance companies (called “intermediaries” or “carriers”) that contract with the government to process the bills and pay claims to the providers using government funds. The medical providers are ultimately reimbursed an amount that is based on the codes used in the bills submitted.

Medical providers have a financial incentive to upcode procedures.

Not surprisingly, some codes or code combinations pay more than others. Thus, unscrupulous medical providers have a financial incentive to bill the government for a procedure that is more expensive than the one actually performed. This is called “upcoding.” Allegations of upcoding often involve other types of misconduct, including billing for services that were simply never performed.

Examples of improper upcoding include the following:

In 2009, the U.S. Department of Justice began a nationwide investigation concerning whether Medicare claims for kyphoplasty had been billed improperly as inpatient procedures rather than outpatient.

Recognized as an effective treatment for vertebral fractures caused by bone cancer or osteoporosis, kyphoplasty is performed by inserting a balloon into the fracture, and then filling it with cement. Medicare rules do not always allow for reimbursement for the procedure when it is done on an inpatient as opposed to an outpatient basis.

The government was tipped off to the improper billing practices when two former employees of Kyphon, Inc. brought a False Claims Act case against the company that developed the procedure. The whistleblowers alleged that Kyphon actively recommended that hospitals perform kyphoplasty on an inpatient basis, which increased the cost of the procedure by as much as $10,000.

The upcoding allegations were included among other claims that Estech marketed its medical devices for uses not approved by the FDA, that the company promoted high priced heart surgeries that required Estech’s devices when safer and cheaper alternatives were appropriate, and that Estech paid kickbacks to health care providers using the company’s products.

The allegations originally came to light when a whistleblower filed suit in federal court in Texas.

In 2008, the federal government and Cooper University Hospital in Camden, New Jersey settled allegations that the hospital improperly billed Medicare for “outlier payments.” Such payments are part of a special Medicare program that was designed to encourage medical providers to treat patients whose care results in great expense to the provider. Under the program, Medicare grants enhanced reimbursements, called “outlier payments,” to health care providers in addition to the usual reimbursements.

The whistleblower was an independent hospital consultant who alleged that the hospital defrauded Medicare for two years by inflating bills for inpatient and outpatient procedures to conform with special criteria for “outlier payments.”

Misstating the severity of injuries treated to maximize reimbursement rates.

In 2009, Johns Hopkins Bayview Medical Center Inc. settled False Claims Act allegations brought by two hospital employees. The whistleblowers claimed that for two years, hospital employees made a practice of reviewing inpatient charts that could be exaggerated or falsified with lab results to indicate the existence of additional medical problems.

Hospital physicians were then advised to make erroneous diagnoses in the patients’ medical charts. The phony diagnoses included malnutrition and acute respiratory failure. By inflating the severity of the medical conditions treated at the hospital, the facility was able to claim a higher reimbursement rate from the Maryland Health Services Cost Review Commission.

In 2008, Rockingham Regional Ambulance Inc. (“Rockingham”), located in Nashua, New Hampshire, settled an investigation into allegations that the company engaged in fraudulent billings to both Medicare and Medicaid.

The federal and New Hampshire governments had alleged that the ambulance company billed those programs for providing emergency advanced life support services when such services were not in fact required. In addition, Rockingham allegedly billed Medicare for giving emergency basic life support care, when in reality the company had provided non-emergency care.

In 2009, a Largo, Florida physician practicing internal medicine settled a False Claims Act lawsuit that had originally been filed by a whistleblower. The action alleged that the physician submitted claims to Medicare that reflected a higher level of care than the doctor had actually provided and that the doctor had billed the program for services not in fact performed.

Upcoding takes many forms, but the end result is the same: Medicare programs are overcharged, depleting the resources of these programs and costing the taxpayers money. Identifying and prosecuting upcoding can be difficult, and information provided by whistleblowers can be critical in uncovering this type of fraud. 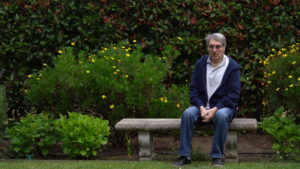 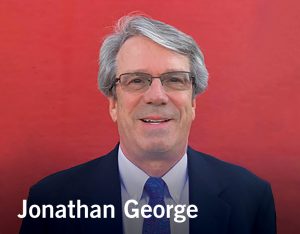