The Government Accountability Office estimated that in 2010 at least 10 percent of all Medicare payments were fraudulent — meaning that Medicare paid out at least $48 billion due to health care fraud in that year alone. Whistleblower lawsuits brought under the False Claims Act (FCA) have been the main tool the government has used to crack down on health care fraud. Specifically, an action may be brought under the Act for false or fraudulent Medicare, Medicaid, or TRICARE billing.

There are many ways in which companies or individuals can perpetrate fraud in Medicare and Medicaid. Recent cases that have settled include claims that large pharmaceutical companies used kickbacks to induce doctors to write prescriptions for the companies’ drugs. The government has also pursued cases in which pharmaceutical companies have marketed drugs for uses not approved by the FDA — a practice known as off-label marketing. Such claims are considered false because the marketing of drugs for unapproved uses is illegal, and also because in most circumstances, Medicare and Medicaid are not authorized to cover payment for such uses.

In addition to the federal False Claims Act, many states have their own false claims acts, allowing the states to also pursue local health care fraud claims, including claims involving Medicaid fraud.

What Are Qui Tam Whistleblower Laws?

May 24, 2021 In the United States, ordinary people can file lawsuits targeting fraud committed at federal taxpayers’ expense. It’s a centuries-old American tradition dating to 1778. Today’s whistleblowers operate under the provisions of the False Claims Act, enacted in 1863 and considered… 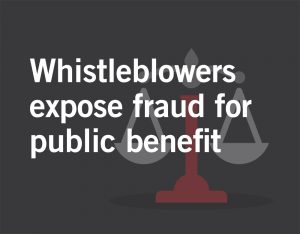 April 21, 2021 Waters & Kraus, LLP is proud to announce that firm Partners C. Andrew Waters and Peter A. Kraus have been selected for inclusion on the 2020 Texas Super Lawyers list. The honor recognizes Mr. Waters and Mr. Kraus as being among the top 5% of Texas attorneys in their practice areas for personal Injury litigation and product liability litigation on behalf of plaintiffs. About Super Lawyers® Super Lawyers is a Thomson Reuters rating publication that annually conducts a rigorous review process to name outstanding lawyers from more than 70 practice areas. The selection procedure involves peer input, as well as… 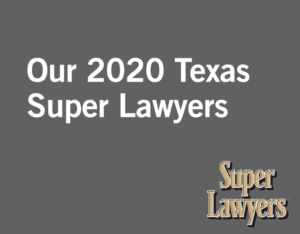