Neonicotinoid Pesticides: Are People at Risk? 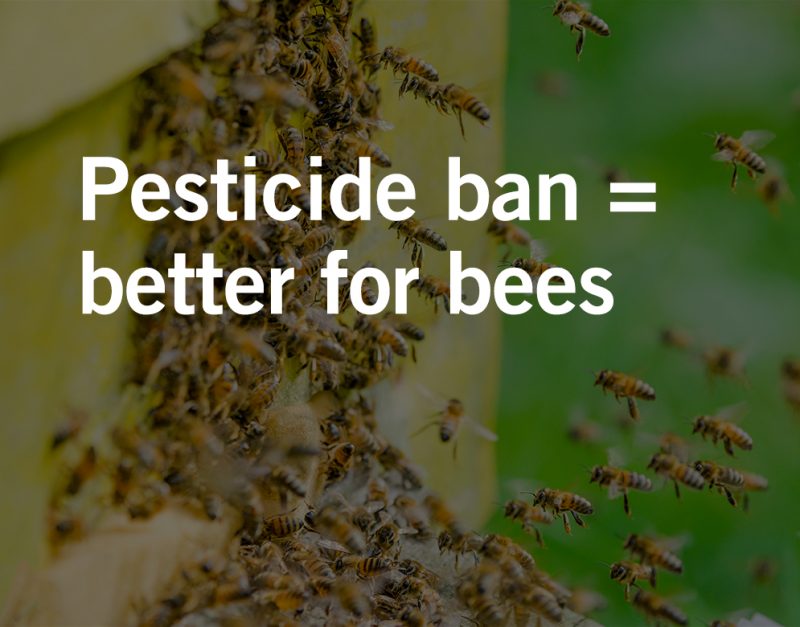 The EU banned these chemicals because of their danger to honeybees, but they are believed to be harmful to humans—and they are in use in the United States

After a scientific review, the European Union has decided to implement a complete ban on neonicotinoids, a group of pesticides killing honeybees and affecting crop pollination. This full ban goes into full effect at the end of 2018 and enhances a previous limited ban in force since 2013.  Pursuant to the ban, neonicotinoids will only be allowed in greenhouses where there is no contact with bees or other pollinators.

What are Neonicotinoid Pesticides?

Neonicotinoids are pesticides that affect the central nervous systems of insects. These pesticides get their name from their basic chemistry which is similar to that of nicotine.

There has been a significant decrease in the bee population in the last few years and scientists suspect that there is a connection between neonicotinoids and colony collapse disaster (CCD). CCD is “the phenomenon that occurs when the majority of worker bees in a colony disappear and leave behind a queen, plenty of food, and a few nurse bees to care for the remaining immature bees and the queen.” The decreased bee population directly affects crop production because the spread of bee pollen is necessary for reproduction.

Neonicotinoids have been popular in agricultural and commercial ornamental production because they are effective in guarding against a wide range of insect pests. However, if neonicotinoids are harmful to honeybees and other insects, it begs the question, what is their effect on humans?

Effects of Neonicotinoid Pesticides on Humans

In 2014, the European Food Safety Commission (EFSA) found that the neonicotinoid pesticides (acetamiprid and imidacloprid), which are linked to bee deaths, are also harmful to humans. Acetamiprid (ACE) and imidacloprid (IMI) obstruct the normal development and function of the nervous system in children and damage brain structures and functions associated with learning and memory.

The Plant Protection Products and their Residues Panel (PPR) found that the guidance levels for acceptable exposure to ACE and IMI may not protect humans and should be reduced. In addition, a 2012 study on the nicotine-like effects of neonicotinoids showed that ACE, IMI, and nicotine exert similar excitatory effects on mammalian nicotinic acetylcholine receptors. Therefore, the neonicotinoids may adversely affect human health, especially the developing brain of fetuses and young children.

It is well documented that pesticides contain toxic chemicals that in some instances can cause birth defects in children whose parents were exposed through agricultural work. Parents whose work requires direct contact with pesticides, as well as those who live in close proximity to agricultural areas, are at a high risk of exposure to toxic chemicals leading to birth defects and complications.

Waters Kraus & Paul is a mid-sized plaintiffs’ law firm fighting for the justice that farmworkers deserve. We represent families from farming communities who are raising children born with birth defects resulting from pesticide exposure. The firm’s birth defect attorneys have years of experience aggressively representing our clients to ensure they receive compensation for their injuries, and that those who negligently allowed those injuries are held responsible. If you have had a child born with birth defects related to toxic exposure while working on a farm, email or call 800.226.9880 to see how the birth defect attorneys at Waters Kraus & Paul can help you with your birth defects lawsuit.