The History of Asbestos: From Discovery to Personal Injury 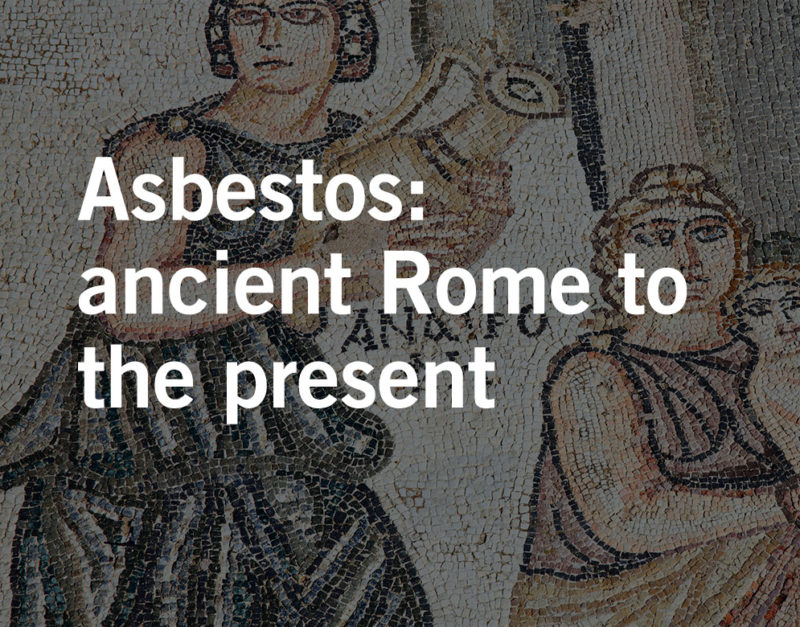 Asbestos is a well-known toxic substance now, but the origins of its usage date back thousands of years before it was known to cause diseases like mesothelioma. Some countries like the U.S. have continued to use it in a lesser capacity despite this risk. The start of its use in other durable products such as pottery mixes dates back to 2500 B.C. in Finland. However, the first discovery of its toxicity did not come until 61-112 A.D. when an Ancient Roman scholar studied slaves who became ill working the asbestos mines. It would still take another 2,000 years before scientists would connect asbestos and the illness it causes.

The revelation of the illness caused by asbestos was not made before the toxic mineral’s introduction to the American industry in 1858 when the Johns Company began mining it for use in insulation. The Industrial Revolution further fueled its production and use throughout North America, noting the first industrial asbestos mine opening in Canada in 1879. It was not until 1918 that the U.S. government would recognize the risk of asbestos shortening the life spans of those who worked with the material.

In 1930, the illness known as asbestosis was discovered in connection to asbestos exposure by Dr. Edward Merewether. As a result, industry regulations were placed on British asbestos factories. Still, they did not include the other industries that handled the substance or were involved in its installation. Asbestosis would not be reported in America for another three years. Not until the Metropolitan Life Insurance Company found asbestosis in 29% of workers in an asbestos factory leading to lawsuit settlements.

Asbestosis would not be the only long-term illness in connection with asbestos exposure. Researchers first discovered the link between asbestos exposure and cancer in 1934. The warnings for this risk of cancer relative to asbestos would not come until 1942. A year later, the first mesothelioma-like tumor was reported in Germany. By 1949, asbestos is widely understood to be harmful. Despite this acceptance, the asbestos industry will continue to ignore the warnings of health risks through the 1960s and actively bury or alter the negative research reports before they could reach the public.

The good news is that they did not get away with covering up the dangers of asbestos forever. Eventually, in 1967, the first successful personal injury claim in the U.K. was established. Additional rules closely followed in 1969, which saw the expansion of regulation beyond just the manufacturing process to include every industry that used asbestos. These regulations included requiring the use of exhaust ventilation, protective equipment, and improved handling procedures. While these improvements were welcome, it was not enough to eliminate asbestos-related diseases.

When Congress approved the Clean Air Act, it allowed the Environmental Protection Agency to regulate asbestos as a hazardous air pollutant. Like the U.K., the U.S. only saw increased regulation after the first successful personal injury claim regarding asbestos in 1971. It would not make any further significant changes until 1989 when the EPA began to phase out asbestos use in almost all products in the U.S. Meanwhile, the U.K. would only be a decade away from a complete ban of asbestos across the board. Despite the shift away from asbestos that the EPA was attempting to make, the U.S. Courts overturned the EPA Asbestos Ban in 1991 due to pressure from asbestos industry lobbyists. The powerful influence of the asbestos industry is why asbestos can still be found in products manufactured today.

That’s what everyone asks. It’s impossible to know. We can tell you Waters Kraus & Paul fights big business and wins. That’s why we’ve taken more mesothelioma trials to verdict than any other firm. And that’s why we’ve recovered more than $1.3 billion for clients like you. Contact us now to speak with an attorney.