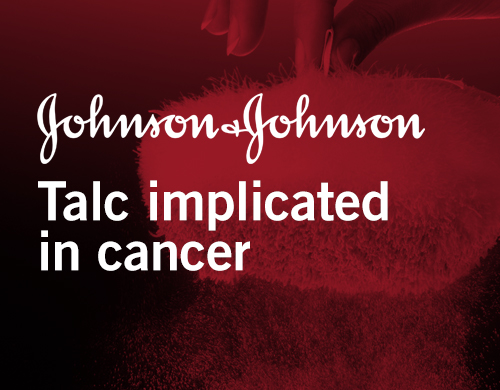 Despite this knowledge, J&J chose not to place a warning about the risk of ovarian cancer on its talcum powder products. This remained true even after 2006, when J&J’s talc suppliers began to include warnings on the raw product about the danger.

The punitive damages awards in the two cases are hardly surprising. Consider the evidence from J&J’s own files. The talcum powder maker, through its participation in the Cosmetic Toiletry and Fragrancy Association (CTFA), took an active role in the release of information to the public concerning talc and ovarian cancer that J&J knew was incorrect and misleading. On July 8, 1992, the CTFA published a paper claiming that “. . . human studies on talc and cancer in industrial settings have shown that industrial exposure to talc . . . presents no significant risk.” Yet, according to a consultant scientist working on a retainer for J&J: “This statement is outright false.” Concerning a CTFA paper dated two years later on November 17, 1994, the same consultant criticized the assertion that the existing studies of the relationship between talcum powder and ovarian cancer were “insufficient to demonstrate any real association.” The consulting scientist observed that by 1994, nine studies had been published demonstrating a statistically significant association between genital talc use and ovarian cancer. J&J’s consultant warned that “anybody who denies this, risks that the talc industry will be perceived by the public like it perceives the cigarette industry: denying the obvious in the face of all evidence to the contrary.”

Not only did the company hide the dangers and refuse to warn of them, J&J’s internal documents also reveal the company’s game plan for increasing profits by going after Hispanic and African-American women in particular, despite negative publicity about the risks in the health community.

Contact Waters Kraus & Paul by email or call us at 800.226.9880 to learn how our lawyers can assist you if you have been injured by toxic chemicals or substances.