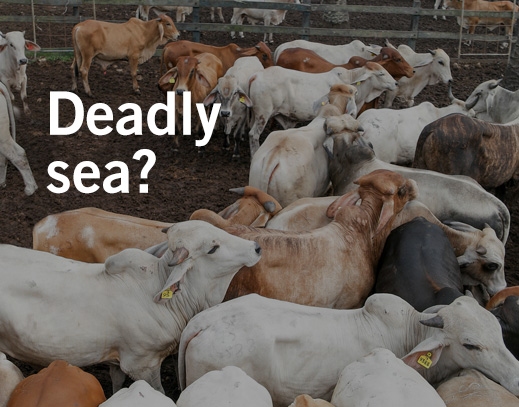 When you think about the causes of birth defects and childhood cancer, farming probably doesn’t leap to the top of your mind. But now that America’s traditional family farms have been gobbled up all over the country by industrial agriculture, that’s what’s happening. Factory farming is polluting the nation’s waterways with pesticides and nitrate compounds — toxic substances that are particularly harmful for infants and young children.

The risk of birth defects and childhood cancer associated with large agribusinesses is a serious concern in Texas, according to Waters Kraus & Paul partner Peter Kraus. Mr. Kraus points to a new study from the Environment Texas Research & Policy Center which reports on effects to the Texas environment associated with industrial agriculture. The Texas Commission on Environmental Quality (TCEQ) estimates that factory farming is most likely to blame for 690 miles of Texas rivers and streams that are too polluted for healthy wildlife, much less for recreational activities like fishing or swimming.

Among the biggest culprits are the agribusinesses that mass produces American beef, pork, and chicken. Factory farms warehouse thousands of animals that are later slaughtered by the millions in gigantic processing plants. Vast chemical-intensive crops, designed to tolerate heavy doses of pesticides, are produced to feed the commercial livestock. The volume of pesticides and toxic nitrates associated with this form of meat production is staggering. Nitrates are linked to cancer, blue baby syndrome, and other birth defects.

In 2014, Tyson’s poultry processing plant in Center, Texas, located fewer than 20 miles from the Louisiana border, released more than 615 thousand pounds of toxic pollutants into east Texas waterways. And this is just a fraction of the 20 million pounds of toxins Tyson discharged nationwide the same year. By volume, Tyson contributes more to U.S. water pollution than chemical giants like DuPont or Exxon Mobil. And Tyson is just a part of the problem. Other factory farming conglomerates, like Cargill, Pilgrim’s Pride, JBS USA, Perdue Farms and Smithfield Foods, also contribute.

Unfortunately, this water pollution comes at a high cost for human health. A Texas A & M University study found that mothers of babies with birth defects were nearly twice as likely to have consumed nitrate-polluted water during pregnancy. The birth defects linked to the contaminated water included limb deficiencies, cleft palate, and cleft lip. Waters Kraus & Paul lawyer and founding partner Peter Kraus, licensed in California, Hawaii, Missouri, Texas, and Virginia, has years of experience representing families facing the challenges of birth injuries and childhood cancer. We understand the heartbreak of learning that your drinking water or your exposure to toxic substances related to factory farming operations has caused horrific injuries for your child.

Industrial agriculture contaminates America’s waterways with commercial fertilizers and excess manure. Five of the nation’s largest meat producers together generate more than 162 million tons of manure each year, much of which is untreated before being spewed into nearby rivers and streams. The pollution is harmful, not just to the local communities in which the factory farms operate, but also to the thousands of miles of downstream waterways.

In the past, many family farms prevented such pollution by housing fewer heads of livestock in one location, planting perennial cover crops, hauling waste away, and maintaining buffer zones between animal production areas and endangered watersheds. What Waters Kraus &amp; Paul has learned in its work on birth defect and Big Ag lawsuits, however, is that factory farms rarely seem focused on the viability of our nation’s land and water or on the health of the babies and children harmed by irresponsible food production methods.