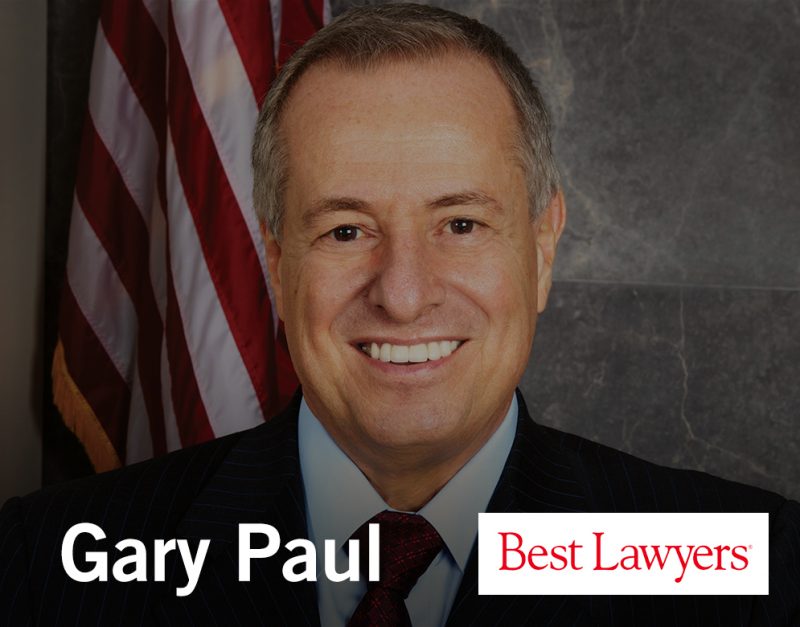 Gary Paul, a name partner of Waters Kraus & Paul has been recognized in the 27th edition of The Best Lawyers in America© for his West Coast practice in plaintiff’s personal injury litigation. Mr. Paul’s distinguished experience as a trial lawyer of more than four decades has earned him this distinction numerous times. The publication’s methodology for selection is based entirely on the peer review of leading lawyers in the same geographical and legal practice area.

Mr. Paul’s skill in complex civil matters such as consumer product liability, medical and professional malpractice, as well as commercial and insurance litigation is reflected in the fact that he has been granted the rank of Diplomate with the American Board of Trial Advocates. The honored position is reached once an attorney has tried 100 jury trials. Following his work as a space and missile engineer for nearly a decade, Mr. Paul decided to pursue a career in law. In 1974, he received his Juris Doctor from Loyola Law School in Los Angeles and was admitted to practice by the State Bar of California that same year. His diverse legal portfolio has only grown since then, and his successful representation of clients has done so equally.

Gary Paul has also been selected for inclusion on Thomson Reuters Southern California Super Lawyers® list for over 15 consecutive years, from 2005 to 2020.