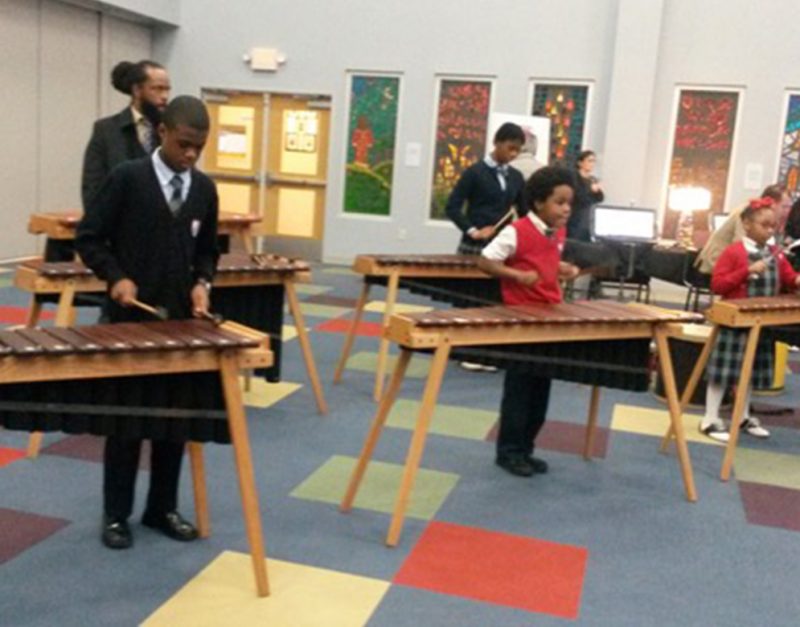 This was the 18th annual luncheon to raise funds for the St. Philip’s School of South Dallas. While the money raised benefits the students, they were not there just to receive. Students were poised to greet attendees, give tours, and even perform in a student showcase prior to the luncheon.

Dr. Myron and Barbara Lord Watkins were honored as the 2018 Humanitarian Award Recipients because of their work with the We Believe Campaign Cabinet for St. Philip’s School and Community Center, which is charged with raising funds to position the organization for longevity and sustainability.

Luncheon speaker Kareem Abdul-Jabbar was interviewed by Rolando Blackman. Attendees had the opportunity not just to reflect on Jabbar’s unparalleled basketball career, but to also gain more insight into the issues he cares about as he shared his thoughts on some of the socially and politically relevant topics facing our nation. Jabbar is a noted author and long-time civil rights activist.

St. Philip’s School began as an Episcopal church in the late 1940s. In response to community needs, the church began to provide youth programming with the addition of a gymnasium in 1959. In 1967, a daycare center was brought about, and the educational focus at St. Philip’s came to life.

With programs focused on hunger, athletics, senior services, and youth development, St. Philip’s provides a rigorous, well-rounded education to students from Pre-K2 to 6th grade (ages 2 to 12) as a well as a Community Center that is at the heart of the neighborhood.  Working with other organizations to support the community, St. Philip’s School and Community Center offers services such a free legal clinic, a college-bound program for first-generation high school graduates, a neighborhood food pantry, senior citizens’ programming, athletic programming, and a children’s health clinic. St. Philip’s strives to provide the tools South Dallas needs —an academically strong school and a responsive community center—to rise above the economic and social challenges it faces.

Peter Kraus focuses his practice on toxic torts, False Claims Act whistleblower cases, and pharmaceutical injury litigation. Active in the community, Mr. Kraus takes a personal interest in the areas of education, medicine, and the legal profession. He is a former chairman of the boards of the Greenhill School and the St. Paul Medical Foundation. Mr. Kraus is currently serving on the board of the Dallas Holocaust Museum/Center for Education and Tolerance as well as the Board of Governors of the American Association for Justices. Peter Kraus is a reminder of the importance of community involvement and how it benefits us all.