Dolores Huerta – A Woman Who Marched On. 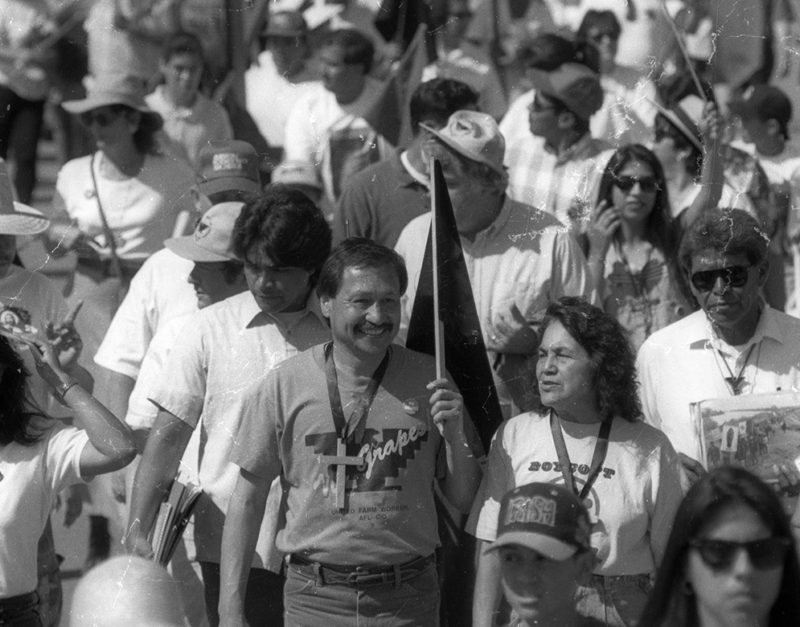 At a transformative period in our nation’s history, prominent figures led the fight for civil and social justice. They inspired the promise of a better future for every American despite turmoil that alleged otherwise. As an agricultural organizer outraged by racial and economic injustices, Dolores Huerta embodied the spirit of change which defined that period.

Today, Huerta, 90, remains outspoken and unwavering in her activism. Through her Foundation, she works with agricultural communities around the country to both help organize political campaigns of aspiring leaders and advocate for the issues that continue to affect these communities: lack of access to formal education, economic disadvantage, and the health impact of pesticides on farm workers, particularly that of women.

As a recipient of The Presidential Medal of Freedom, the highest civilian honor in The United States, Dolores Huerta is widely recognized as a passionate activist. Several states, including Huerta’s home state of California, dedicate April 10th to her legacy of influencing the diverging demographics of women and Latinx elected to office, and mostly, her enduring fight against the mistreatment of farm workers, their pesticide exposure, and the resulting birth defects in agricultural communities due to that exposure.

Equal Rights Movement – In Spite of the Patriarchy

While at the center of the historic 1965 Delano grape strike, Huerta faced harassment from both the anti-union growers she fiercely opposed, and even from within her own organization. Though the feminist movement was emerging at a breakneck rate, unconformity with the standards set for a woman at the time made her a target of bigoted attacks.

Her notable work for the farm labor movement has often been overshadowed by her longtime collaborator and friend César Chávez. Though Huerta had coined the movement’s infamous slogan Sí se puede – “yes, we can”- she was only recognized for it in 2012, forty years after she came up with it.

Despite such reasons to claim surrender, Dolores Huerta welcomed every setback. Her work grew to be more feminist in nature in spite of the patriarchal attitudes surrounding the movement. This was significant when considering the disproportionate effect of agricultural pesticides on women compared to men.

As a firm believer in the power of political and civil demonstrations to bring about change, Huerta marched to better the lives of farm workers who were only earning a mere 70 cents an hour for their strenuous labor. When asked about the day-to-day working conditions of pickers before the Delano grape strike, Huerta explained how they were denied fundamental privileges like access to cold drinking water, lavatories, or rest periods. While the five-year long strike eventually resulted in improved working conditions and an increase in wages, it did not decrease the rate of birth defects due to pesticide exposure.

The effort to stop pesticide exposure persists to this day. Dolores Huerta, and the farm laborers whom she advocates for, continue to speak out against farm owners and contractors who are responsible for providing a safe working environment free of toxins. Those exposed to dangerous pesticides, especially expecting mothers, may experience pregnancy complications and other birth defects such as:

This issue is prevalent within so many agricultural communities, and the Dolores Huerta Foundation recognizes that reality. As we remember and celebrate the achievements of a woman who defied expectations, let us also remember that the matters she advocates for are far from being resolved.

How We Help Pesticide Victims:

Seek justice with the help of our experienced lawyers. Our Dallas, Texas, pesticide law firm has battled corporate giants on behalf of individuals like you for 20 years, aggressively fighting to hold them responsible for dangerous chemicals and the birth defects and personal injuries they cause. If you have a child with a birth defect caused by dangerous products, we can help.