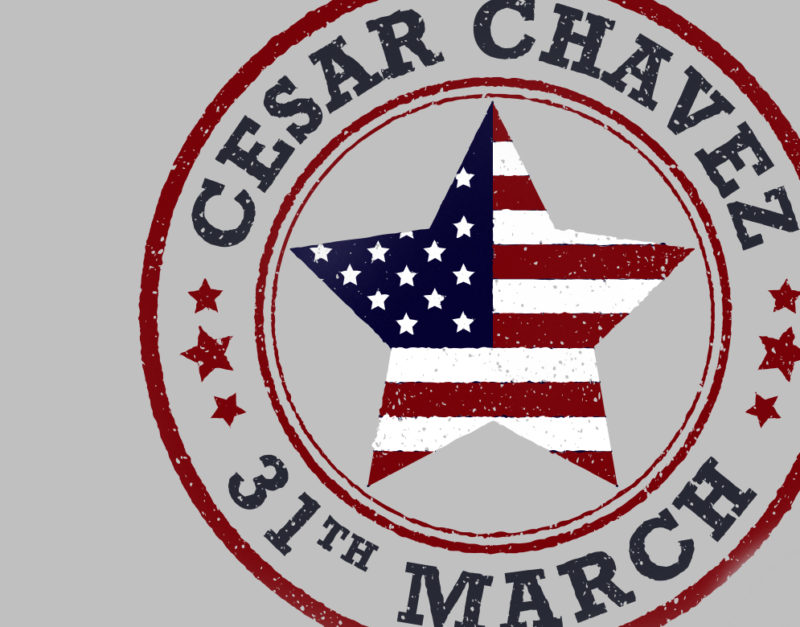 For over 30 years of his life, César Chávez fought to end the plight of farm workers in the United States. Through his civil rights activism and leadership, Chávez enabled a unionized movement. One that allowed farm workers to recognize that they are not only deserving of better wages and a life of dignity, but that they are entitled to it.

The Union of Farm Workers (UFW) which Chávez transformed, helped to ingrain the reality of farm working conditions into the American public consciousness. On March 31st, César Chávez’s struggle for the working class and the disenfranchised is commemorated, prompting acknowledgement and gratitude to the righteous values he stood for.

Chávez had often personally sacrificed and spiritually endured in order to bring light to the inhumane treatment of American farmworkers. He would partake in fasting to reaffirm the union’s commitment to peaceful protest and boycott.

In 1988, César Chávez had completed his third and final fast of 36 days. This long remonstration was aimed at ending the mandated use of pesticides in the growing of California grapes. Workplace pesticide exposure has been long seen to have harmful effects on individuals, particularly birth defects in agricultural workers’ children. This is still an issue today, and it is mainly why the Department of Labor’s Occupational Safety Heath Administration lists farm work as the second most dangerous occupation in the United States. Other effects of pesticide exposure found in clusters of farm workers include:

In American fields, farm workers who harvest and pick labor-intensive crops are constantly at risk of inhaling pesticide residue or absorbing it through their skin. César Chávez recognized this, and never for a moment did he believe that the suffering of farm workers and their children was felt deeply enough by farm owners and labor contractors. Those responsible for implementing safety and health regulations have failed to effectively do so in the last 50 years, and for that, we continue to see birth defects due to pesticide exposure.

César Chávez’s first major address following his 36-day fast of 1988, reminded people why he dwelled on the perils of pesticides. Despite the reality that farm workers had sweated and sacrificed to grow an industry that’s paid them nothing but humiliation and contempt, there is something far more important than winning the fight for better wages and benefits. That is the protection of farm workers and consumers “from systematic poisoning through the reckless use of agricultural toxics.” There is nothing to care more about than the lives and safety of families who proudly labor on.

“If we ignored pesticide poisoning – if we looked on as farm workers and their children are stricken – then all the other injustices our people face would be compounded by an even more deadly tyranny.”- César Chávez

Seek justice with the help of our experienced lawyers. Our Dallas, Texas pesticide firm has battled corporate giants on behalf of individuals like you for 20 years, aggressively fighting to hold them responsible for dangerous chemicals and the birth defects and personal injuries they cause. If you have a child with birth defects by dangerous products, we can help.