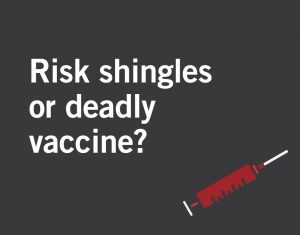 Merck is facing 57 federal lawsuits, alleging that 117 people suffered injuries after receiving the Zostavax vaccine. The individuals in these lawsuits claim that their injuries were caused by the live shingles virus in the vaccine. From the time Zostavax was introduced in 2006 to 2015, the Vaccine Adverse Events Reporting System (VAERS) received over 1,000 reports of serious side effects,... 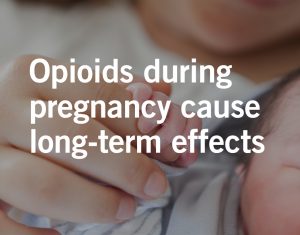 A new study finds a causal link between prescribed opioid treatment during pregnancy and birth defects in newborns.

Researchers found a link between opioid painkillers use just before or during pregnancy and birth defects in a growing fetus.

Two to three percent of participating mothers in the CDC study reported treatment with opioid painkillers...

When Consumer Safety Does Not Seem to Matter 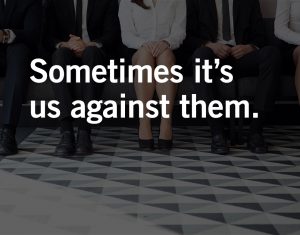 The American Association for Justice’s (AAJ) newest report highlights corporate misconduct and how it impacts the average U.S. citizen’s everyday life. A consistent lack of transparency from these corporations demonstrates how “when corporations put profits before safety and...

Xarelto vs. Aspirin…The Outcome May Shock You

According to a study, prescription Xarelto® shows no superiority compared to over-the-counter aspirin.

Bayer and Johnson & Johnson’s Janssen Research & Development have acknowledged that their Xarelto® (rivaroxaban) has failed a Phase III trial assessing the anticoagulant in patients with a recent embolic stroke of undetermined source (ESUS). In comparison with aspirin, Xarelto®...

The Canadian government has recently initiated a probe into the dangers associated with the blood thinner Xarelto (rivaroxaban). In July 2011, the U.S. Food & Drug Administration (FDA) approved the anti-clotting agent for patients receiving knee and hip replacements, to prevent strokes. Later the same year, the FDA expanded its approval of the prescription drug to include patients with...

Recent U.S. Judicial Panel on Multidistrict Litigation statistics reveal a steady rise in the number of Xarelto lawsuits filed in federal court. Between May 15 and June 15, the increased filings were particularly high. Xarelto bleeding complications have been a problem for thousands of Americans who switched to Xarelto from the former anticoagulant of choice, warfarin (Coumadin).

A new report suggests that Johnson & Johnson’s profit-churning blood thinner Xarelto may be linked to eye hemorrhaging. Xarelto lawsuits have already been filed across the country by people who have experienced uncontrollable bleeding while taking the drug. Unlike warfarin, Xarelto has no antidote once bleeding incidents occur.

Older Patients at Risk for Eye Hemorrhaging When...

The British Medical Journal has recently published results from a new study indicating that Xarelto, as compared to the generic version of warfarin, may double the risk for gastrointestinal bleeding.

Xarelto has been described by its manufacturer as a prescription anticoagulant, or blood thinner, that is better than...

Hundreds of Xarelto lawsuits filed in federal court have been transferred for pretrial procedures to the U.S. District Court in the Eastern District of Louisiana. These Xarelto lawsuits are now part of a Multi-District Litigation (MDL) established to handle the cases more efficiently by having one judge decide issues common to all lawsuits. On May 21, 2015, Judge Eldon E. Fallon ordered both...

As the number of Xarelto lawsuits rises due to the drug’s link to uncontrollable bleeding in patients, cases filed in federal court have been assigned to a single judge in the Eastern District of Louisiana — Judge Eldon Fallon. In May 2015, Judge Fallon ordered lawyers in the Xarelto lawsuits to select specific cases that will now enter the information-gathering stage of a lawsuit, known...