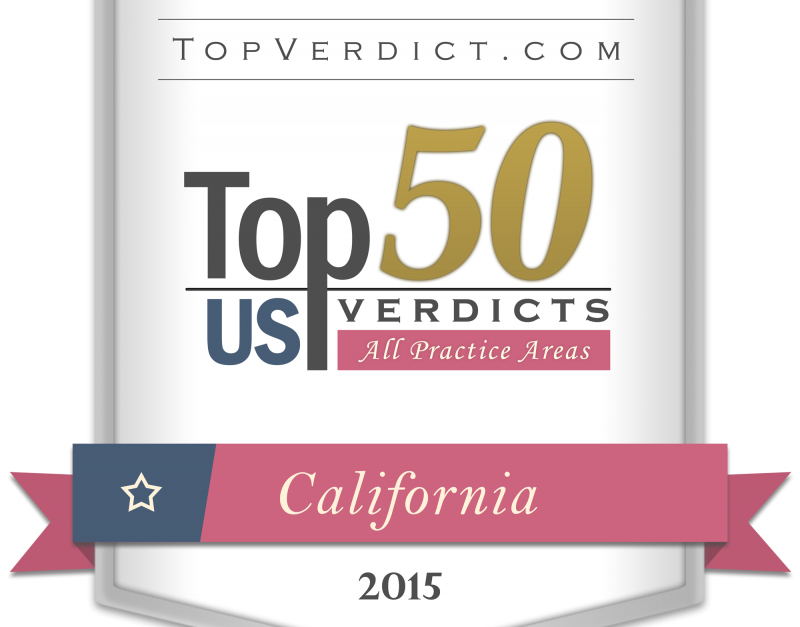 A Los Angeles jury has awarded $9.20 million to a 59-year-old California man injured by a defective metal-on-metal hip implant manufactured by Zimmer, Inc. Zimmer’s Durom Cup forced Gary Kline to undergo two grueling hip replacement surgeries in just 15 months and has left him living with chronic pain. “This victory is particularly gratifying because we are the first to prevail against Zimmer in nationwide litigation over the Durom Cup,” said David Bricker, a partner in Waters Kraus & Paul’s California office, who served as lead counsel on the case.

Beginning in 2006, Zimmer intentionally misled American surgeons into believing that the U.S. version of the Durom Cup had a successful and safe track record in Europe, where the product was introduced after having been developed and tested for seven years. However, for the U.S. market, Zimmer altered the Durom Cup’s plasma coating, a critical component of the device. Zimmer chose not to test the altered coating to determine its effectiveness. Instead, Zimmer rushed the product to market to catch up with its competitors who already had similar products on the U.S. market all while hiding the fact that the American Durom Cup was not the same as its European counterpart. This emphasis of profits over safety caused significant harm to thousands of Americans. “After years of litigation where we saw Zimmer cause delay after delay, it is satisfying to see our clients finally receive justice,” added Bricker.

“This was a hard-fought battle,” said Gibbs Henderson, a partner in Waters Kraus & Paul’s Dallas office, who tried the case with Bricker. “We’ve been laboring for three-and-a-half years to assemble the evidence against Zimmer. At every step, its lawyers have thrown up roadblocks to prevent an American jury from hearing the truth.”

Gary Kline was just 51-years-old when he had his first hip surgery in 2007. He is the CEO of a water treatment equipment manufacturer and supplier to the American military. A motorcycle enthusiast, Gary had a zest for life and woke up each morning ready to attack the day.

Zimmer claimed that for younger, more active people like Gary Kline, its Durom Cup product was tailor made — that the large head and metal-on-metal components allowed for a greater range-of-motion and were built to last for decades. Gary’s orthopedic surgeon expected him to regain at least 98 percent of normal functioning in the hip.

Instead, Zimmer’s product left Gary with stabbing pains so severe that he could not move his leg. After Gary’s second surgery, the residual scar tissue and muscle damage have made it almost impossible for him to do things he once took for granted, like getting on and off his motorcycle or playing in the yard with his grandchildren. The only thing that helps to manage the debilitating pain is prednisone – but long term steroid use causes additional health problems. Gary will never return to the lifestyle he enjoyed before receiving the Durom Cup.

“What means the most to our trial team is that this verdict will help not just the Kline family, but so many other people as well,” said Henderson. “The Durom Cup was implanted in thousands of patients before Zimmer finally withdrew it from the market in 2010. In fact, this is just the first case to be tried of more than 25 lawsuits pending against Zimmer in Los Angeles Superior Court. Hopefully, this verdict will mean that those clients will get justice, too.”

“I could not be more proud of the result that our attorneys achieved in this case,” said Peter Kraus, a founding partner of Waters Kraus & Paul. “I’m just delighted for the Kline family, of course. But the verdict also illustrates the broader importance of the American civil jury system. Zimmer chose to place profits over safety and then throughout the entire course of this litigation has refused to take personal responsibility for its actions. And the jury saw that and saw the harm it caused to Mr. Kline. This result is why we do what we do for a living.”

Waters Kraus & Paul is a national plaintiffs’ law firm devoted to helping families in personal injury and wrongful death cases involving asbestos, pharmaceuticals and medical devices, and birth defects and other injuries caused by toxic chemical exposure and semiconductor chip manufacturing. We also represent plaintiffs in qui tam whistleblower matters. Our attorneys have won record-setting verdicts, negotiated monumental settlements, and established ground-breaking new law in cases involving toxic exposure and defective products. Based in Dallas, Texas, and with an office in California, Waters Kraus & Paul has participated in the representation of families from all fifty states and many foreign countries, as well as foreign governments.