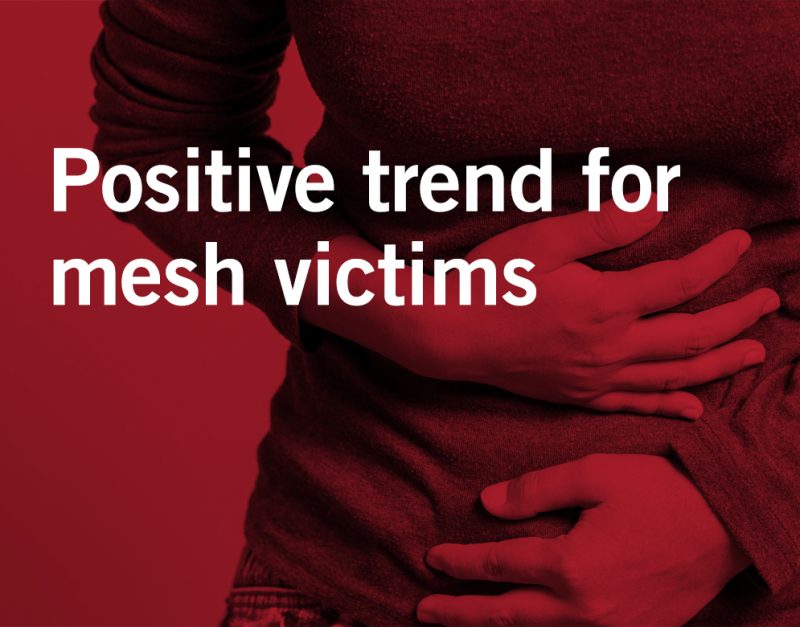 A $3.27 million verdict was upheld by the Fourth Circuit for a woman who suffered pain from a defective transvaginal pelvic mesh implant. In 2012, the woman sued Ethicon Inc., a subsidiary of Johnson & Johnson, for its use of a heavyweight polypropylene mesh in a medical device designed to treat stress urinary incontinence. This January ruling was important because the mesh lawsuit culminated in a bellwether trial – a trial which indicates future trends because it deals with an issue common to many other claims.

Facts from the Mesh Lawsuit

What does this Ruling Mean for Other Women Suffering from Pain Caused by Transvaginal Mesh?

This mesh lawsuit culminated in a bellwether trial – a trial over claims that have common factors to many other women’s claims. Thus, the January 2017 ruling indicates trends in favor of the victims in future trials for lawsuits with the same claims. Since the ruling in this trial confirmed that the woman did show sufficient evidence that Ethicon’s transvaginal mesh caused her injuries, future plaintiffs with similar injuries will have a fighting chance. As a result, many other claims against Ethicon for their allegedly defective transvaginal mesh may also succeed. In fact, this past September J&J was slammed with a $57 million verdict in favor of another woman who sued for injuries resulting from a mesh implant.

How Can Waters Kraus & Paul Help Women who have been Injured by Transvaginal Mesh?

Waters Kraus & Paul is a mid-sized plaintiffs’ firm with years of experience in the field of medical device injuries. We fight for the justice that women injured by defective medical devices, such as transvaginal mesh, deserve. “Many women who have had children undergo vaginal mesh surgery because they experience a little urine leakage when they cough, sneeze or laugh,” says Waters Kraus & Paul partner Gibbs Henderson. “What had been a minor inconvenience turns into a full-blown nightmare.” At Waters Kraus & Paul, our transvaginal mesh attorneys, like Mr. Henderson, treat every client like family.

If you have been injured by a defective medical device, such as transvaginal mesh produced by Ethicon, you may be entitled to compensation. The attorneys at Waters Kraus & Paul will aggressively pursue the justice that you deserve. Email us or call 800.226.9880 to discuss your potential medical device injury claim.